When I was a freshman at Vanderbilt University and George Bush and Al Gore were running against each other for President, Al Gore held his democratic campaign party in downtown Nashville on election night. It was exciting to be in such close proximity to a piece of the election and my friends and I were even on MTV in an interview for Rock the Vote. It was also the first year I was able to vote in a presidential election. It was a big deal for me to be able to vote back then, and twelve years later I am still grateful to the have the opportunity. We are afforded so many freedoms in this country, one of which being the right to use our voices and exercise our right to vote. So please get out there and cast you vote today. It is a privilege that we should all be so lucky to take advantage of. 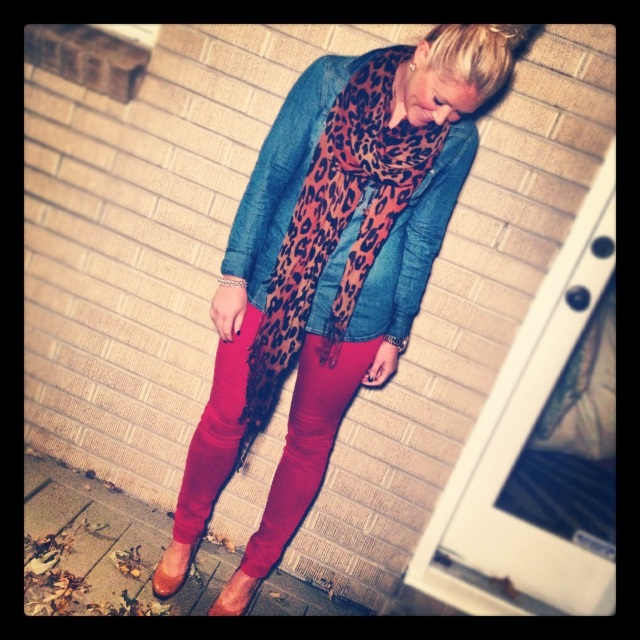 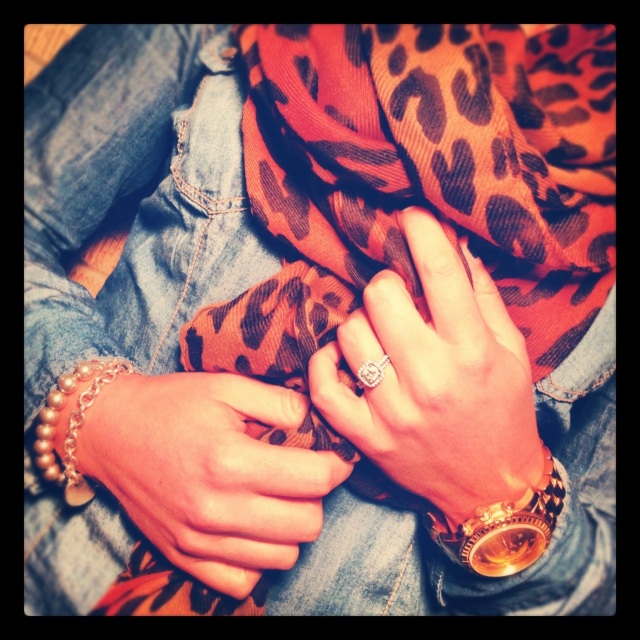 Dark Red Pants:  Else by Joe’s (exclusively at Macy’s)

Instead of red, white, and blue, today’s look is red, leopard, and blue.  A fall take on a summer patriotic look, if you will.  But in all seriousness, this is one of those outfits that is a go-to fall uniform for me.  Red and chambray look great together, and the leopard gives it a bit of spunk, which I love.  The red jeans and chambray shirt would also look great with leopard shoes, or cognac boots instead of pumps back to the leopard scarf.

Happy election day!!! Now get out there and rock your vote!!!

3 thoughts on “Rock Your Vote”

Strategy Director for a major retailer by day, deal hunter and fashion blogger by night, sharing practical fashion, beauty, and lifestyle inspiration for the everyday girl! Lover of God, my family, mountains, cupcakes, wine, and shoes (of course!)!!!

Join 389 other subscribers
Follow All Dolled Up on WordPress.com